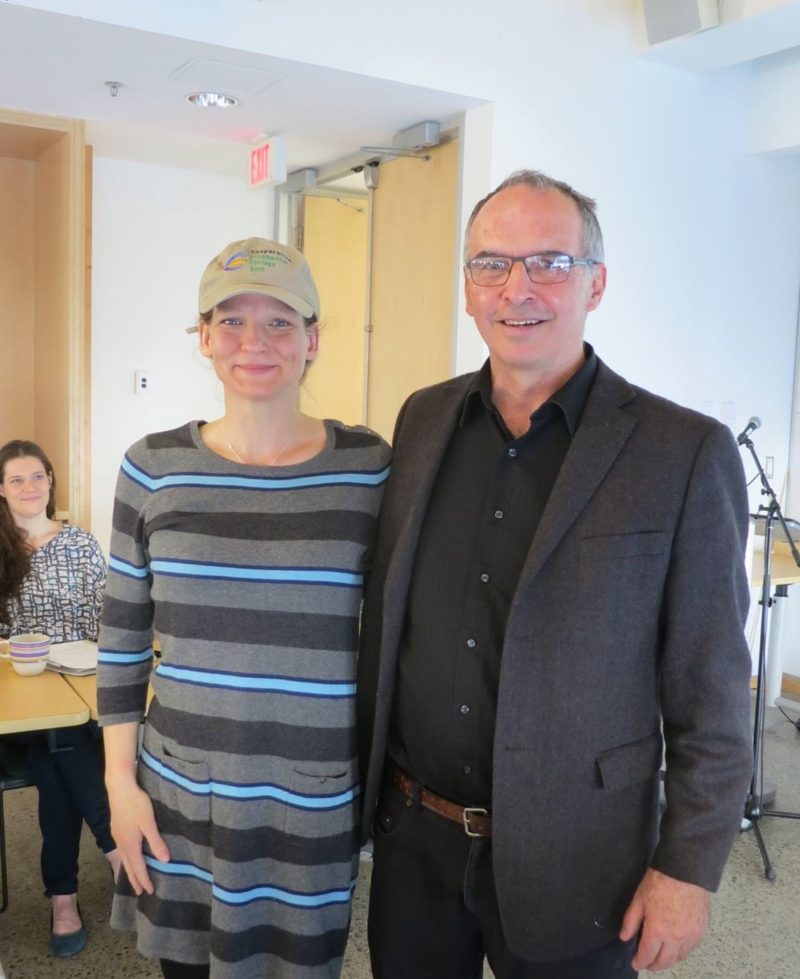 Pascale (with official hat!) and John Gunn, Director of the Vale Living with Lakes Centre and founding member of the Cooperative Freshwater Ecology Unit

Pascale became a member of the Cooperative Freshwater Ecology Unit at Laurentian University in March 2016. She received the infamous co-op ball cap at the Annual General Meeting, on April 12th, 2016, at the Vale Living with Lakes Centre.

The Cooperative Freshwater Ecology Unit was founded in 1989 as a partnership between Laurentian University and the Ontario Ministry of Natural Resources (OMNR) and the  Ministry of the Environment (MOE) to help address applied environmental research questions related to environmental restoration and management. Its partners include researchers from several universities, industry, and the City of Sudbury.