On October 24th, Pascale discusses a recent article published by members of the Permafrost Carbon Network in Nature Communications on CO2 emissions from the ground during the freezing season in circumpolar permafrost areas.

You can hear the interview here: https://ici.radio-canada.ca/premiere/emissions/jonction-11-17

We just returned from collecting field data for a follow-up study aimed at better understanding the factors controlling soil microbial respiration during the cold season.

Two members of the Laurentian University Permafrost Research Laboratory, Dr. Pascale Roy-Leveillee and Dr. Nathan Basiliko, are part of one of the only nine funded projects announced today.

Project description: High latitude cold regions, including Arctic and northern areas of Canada, are warming more than twice as fast as the rest of the planet, with the greatest warming occurring during the winter. Canada’s temperate to subarctic wetlands and permafrost peatlands hold large stores of carbon which are susceptible to loss under future climate warming scenarios. Therefore, understanding the factors which regulate the processes controlling greenhouse gas emissions during the non-growing season is critical for predicting the fate of these vulnerable carbon stocks and for creating climate adaptation and mitigation strategies. With a focus on these critical ecosystems, the project brings together Canadian leaders from multiple disciplines from across universities with federal government scientists and policy makers to determine the drivers of non-growing season carbon cycling, develop process-based environmental models, and estimate CO2 emissions. In doing so, the project will address the knowledge gaps on emissions to provide data and tools to evaluate the impact of winter warming mitigation in controlling carbon losses from pan-Canadian wetland ecosystems.

Do you want to join the permafrost team at Laurentian University? We have several openings, please see our list of open funded positions.

Graduated lab member Emma Ciric continues to work with permafrost as she pursues her academic career. Emma is working on her M.Sc. at the University of Algarve, in Portugal, and is completing her thesis research in collaboration with Dr. Andrew Hodson from UNIS, in Svalbard. She sent us some quick news and pictures: ”I moved to Svalbard in January 2019 and will live here until September 2019 to

complete my Master’s thesis research on methane escape features in permafrost. I’ve been collecting water samples from around central Spitsbergen and will compare them to geographical features using GIS. ” 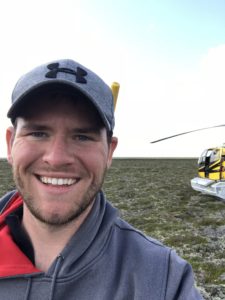 Adam Kirkwood was interviewed by Markus Schwabe on CBC Morning North regarding his role coordinating the Day of Climate Education and Relationship Building at Laurentian University in support of the local Youth’s Friday for Future Climate Strike. March 1st, 2019.

Learn more about Adam and his research here. 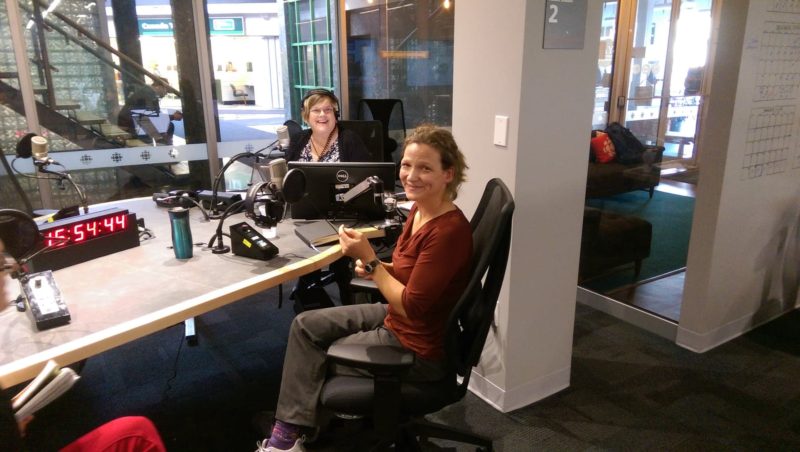